Just when you thought all was safe in the blogosphere . . . 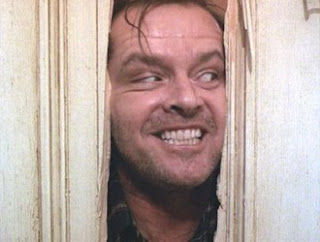 So, 7ish months is quite a spell. Of course, there's been work. Lots and lots of work. But, once I fell out of the habit of sharing these scattered thoughts, I fell hard. I still have the random thoughts (12 hours a day driving leaves one with a lot of time to think), I just became lazy about posting them. Also, they have been wildly random, even for me. I'll hit upon what I think is a real gem of an idea for a post, then when the weekend gets here and I have time to knock it out, it's gone. Or the interest in it is gone. Or whatever.

Well, let's just dive right in from here, shall we?

I'm on a Dungeon World kick of late. Actually, I'm on a (Whatever) World kick. I bought the pdf for Uncharted Worlds and I'm printing that this weekend. I almost pulled the trigger on that when it was a kickstarter, but I didn't. I haven't backed a kickstarter yet, but I really want to be like the cool kids and do it. Unfortunately, I'm like that virgin that tries to feel better about being a virgin by reciting the mantra "I'm waiting for the right one".  I digress. 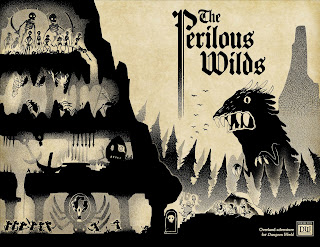 I also snagged the Bundle of Holding with all the Dungeon World goodness. I printed Perilous Wilds yesterday. It looks fully awesome on the flip-through. There were some other good looking pdfs in that bundle, too. Grim World looks quite promising, but it is a dual use book and includes the necessaries to use it for Fate. I don't piss ink, so things like that slow down my acquisition cycle. 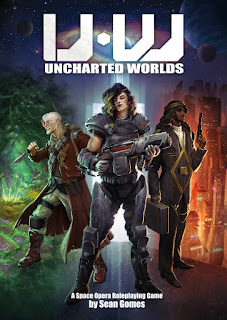 Speaking of ink. I haven't read Uncharted Worlds yet, but I can make a comment about the physical product. It includes several versions of the pdf, one of which is "Low Impact". I assumed this meant low impact on ink. Maybe it does, but looking through the pdf, I don't see it. There are a lot of pieces of art (which I really like the art, by the way) that would consume enough ink to print at least 5 pages of rules, no exaggeration. I've opened both the "regular" file and the low impact side-by-side, and I can't see a difference that would result in ink savings. By the way, the interior is all black and white. The art has a real 1980's Star Frontiers or Journal of the Traveller's Aid Society vibe. In other words, it totally rocks. Also, and don't quote me on this, but I think UW is based off Apocalypse World, rather than Dungeon World, for what it's worth.

So, there you have it. I'm back. No promises on how regularly, but I'm back. I must say, I missed it. Odd, I know, but there it is.