At long last I have completed my Delving Deeper Reference Sheets. These are done in the style of the little reference sheet booklet that came with the white box. They are meant to be printed double sided and folded. I wouldn't recommend stapling, though, because I find they work better when you can pull them apart as needed. As a matter of fact, I would suggest that when (if) you print them out, don't just send them to the printer all at once. I tried to group things in such a way that they made sense even once folded, but my attention span doesn't support that sort of thing for long periods. So, look them over and decide for yourself what should be on the back of what. Here is a sample of one of the sheets: 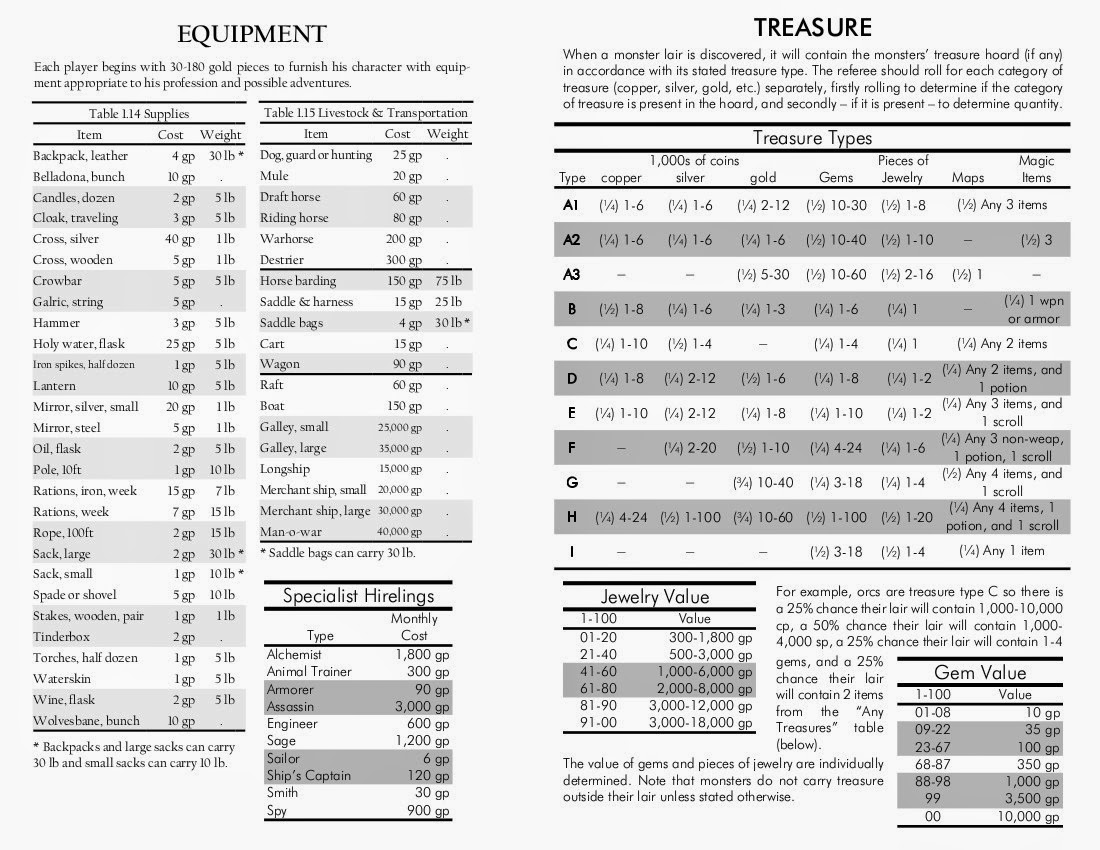 Hopefully these will be of use. Oh, by the way, all the tables concerning classes and characters came from v3 of the Reference Rules. The rest are from v2.
Posted by David at 6:07 PM 1 comment:

I've been thinking a lot since my last post (hence the title of this one). I won't bore you with the trip through my psyche. What I have arrived at, though, is a real desire to seriously look at other systems. I used to be fairly well-versed on a number of systems, even if I never played them. Since I've been a retro-cloner I've had less tolerance for new systems (new to me, that is). My current M.O. is to snarl my nose at anything that I can't have up and running in 3.9 minutes or less.

Gaming is my hobby, though. To my mind, my current attitude would be akin to a golfer who refuses to play on any course he is unfamiliar with and is more than a 3.9 minute drive from his house. Foolishness. So, I end up getting new things, but I only skim them.

Once upon a time (about a year ago), I posted about Runequest and the fact that I have always wanted to learn it and like it. To that end I purchased the pdf of Legend from Mongoose. I had it printed, and I have picked it up and put it down numerous times. Now, I've picked it up again, with a (hopefully) new and improved attitude.

I like a lot of what I know of the broadstrokes of the game. I have also always been in awe of Glorantha. So, wish me luck, I'll probably need all I can get.

By the by, I came up with my own cover. The minimal black cover is appealing, but I totally dig the older color Runequest cover. That cover, along with the original PHB cover, is one of the very best rpg covers. So, I fired up the GIMP and whipped up this mash-up cover. 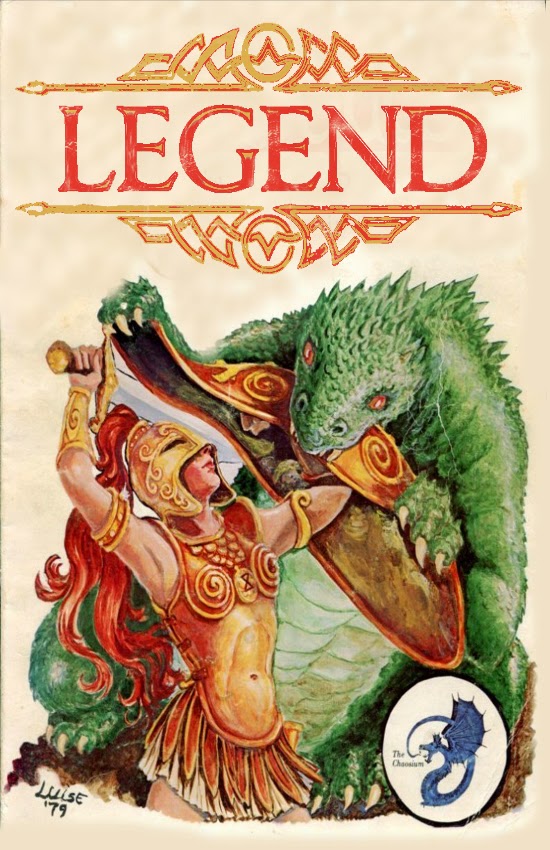