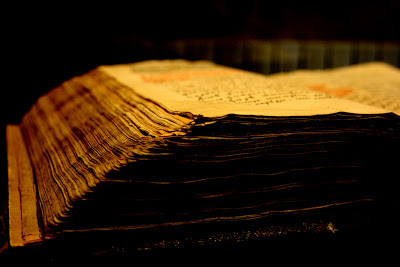 One of the things that struck me about the magic system in DCC is the "mythos" of the spells. There are a finite number of "known" spells, they are jealously guarded, and simply knowing that a particular spell exists is a feat. Add to that the fact that each Wizard casts each spell in a manner completely unique to himself, through the Mercurial Magic subsystem. There is also the fact that each time a spell is cast its effect and effectiveness is determined by the casting roll.

If I ever am able to run a DCC campaign, I have an idea regarding Wizards I plan to put into play.

My players will only have access to the casting tables for spells they begin the game with. Spells they gain once the campaign begins, they will need to keep notes on. I envision that each time a spell is cast the wizard's player will note the casting roll and effect. Ideally, these notes will be kept in a notebook of some sort, which will become the "spellbook". Eventually the player will have a complete grasp of what range of effects he can expect when this spell is used.

I don't know if this will work in play as well as I like the look of it on paper. If it does, though, it seems like a very cool way to really engage the player with his character.

Idea of the Century

I want to nominate this referee screen for some sort of Nobel Prize, or at least the Idea of the Century. It is sheer genius. 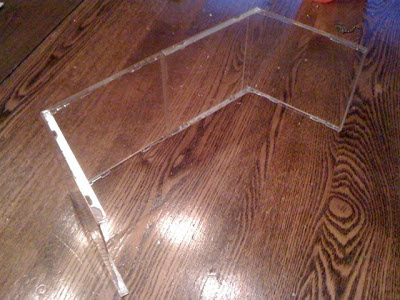 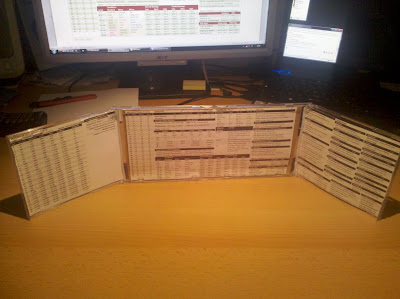 On page 314, under the heading General Principles of Wizard Spells, you will find the following quote:

Simply learning that a spell exists is a great accomplishment . . .

That simple sentence has captivated me. Elsewhere in the rules it is stated that there is a finite number of known spells. I'm not sure if spell research is permitted by the rules. It is my understanding (based on my woefully incomplete reading) that spells are "given" by powers beyond the kin of the masses, and that this is the way to gain them. If that is correct, then not only is it an intriguing assumption, it definitely means that a count of "spells known to exist" is conceivable.

At any rate, there are very interesting rules for Wizards learning of spells, in order that they may actually learn them and study them. I think that is a completely awesome idea. Upon attaining each level  a Wizard has the opportunity to learn a new spell. This is not simply a matter of the player perusing the spell lists and saying "I'll take this one". During the course of adventuring at the previous level, the player must make the effort to learn of the existence of spells. In fact, this should be as common to the Wizard as seeking rumors of fabled blades of power is to the Warrior. The judge should, of course, concoct these rumors and have them sketched out. Any spells that the Wizard learns of are eligible to be chosen from to be learned at the next level. But it doesn't end there.

If the Wizard knows of the spell through a tome or some other actual record of the spell, he must expend a certain amount of time and make a roll. If successful, the ordeal is over and he can cast the spell.

On the other hand, if he knows of the spell, but doesn't actually possess a "copy" of it, he must obtain such. It can be written, whispered from a demon's lips, or imparted in any creative way the judge can envision. In any event, it may take a quest of some nature to reach the source of the knowledge. There may also be a cost for acquiring the knowledge. Nobody said the path to magical power was smooth or easy.

If, by chance, no knowledge of a spell is discovered, there are tables to randomly determine certain particulars. There are three tables: Where Is the Knowledge Found, What Is the Cost of the Knowledge, and What Components Are Required. So, for example, I just rolled on the tables and discovered that the spell can be found in the purest drop of water, the price of knowledge of the spell is the Wizard wearing his hair in a topknot, in the custom of a sect of monks. Finally, a mother's love for her child is a required component for the spell to function. Of course, it falls on the judge to weave these random elements into something adventurous.

DCC is rife with tables such as these, but it should be remembered that the tables given are more like examples than holy writ. It would be a simple, and fun, matter to develop other results for these categories.

Of Wizards and Warriors in DCC

So, I haven't been abducted by aliens, joined a cult, or had my own private Mayan meltdown. I've been working my ass off. I found a job as a temp driver with FedEx and I've been working all the hours they will give me in hopes of impressing them enough to keep me. Now, as we approach the end of their "peak time" I am waiting to find out if I was impressive enough.

During my hiatus I downloaded the free pdf of Delving Deeper. I am quite impressed. It does what it set out to do, and does so beautifully. If LBB-style play is something you desire, definitely give it a look.

However, as I read it and marveled at the power of its simplicity, my mind kept wandering back to DCC. You see, DCC fulfills two of my most heart-felt desires:


Of course, there's much more to the game than this. It is incredibly easy to find all manner of reviews and breakdowns of the rules. This is just two of the things that DCC takes to another level, and I am very happy with how it was done.

Now, I'm going to do a post on Wizards' spells. It was some crap I was writing for this post and realized it needed to be its own thing. So, let's proceed, shall we?
Posted by David at 2:41 PM No comments: